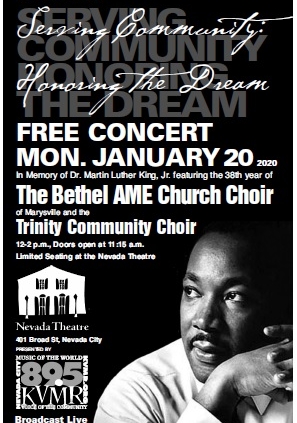 As always, admission is free to all of the community. Come and join this joyous celebration of the civil rights movement and dedicated to the nonviolent ideals, of course, of Martin Luther King. 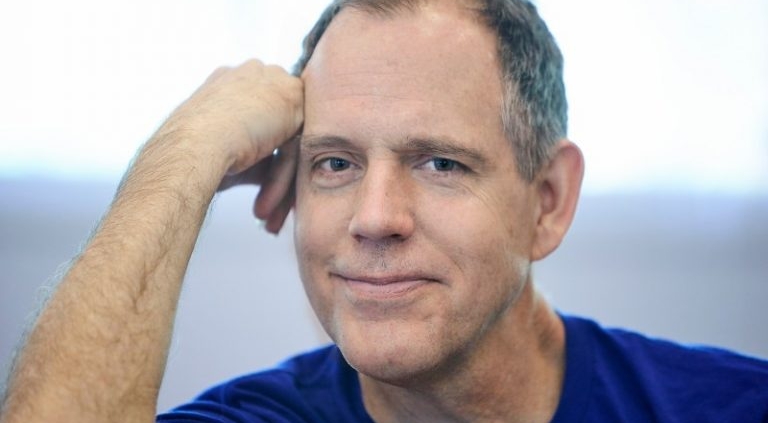 “…Wilcox has that specific inner light – he can carry any issue of significance to him straight into a listeners’ heart… And when he does it, to borrow one of his song titles, he makes it look easy.” – LA Weekly

More than three decades into his career, singer/songwriter David Wilcox continues to push himself, just as he always has. Wilcox, by so many measures, is a quintessential folk singer, telling stories full of heart, humor, and hope, substance, searching, and style. His innate sense of adventure and authenticity is why critics and colleagues, alike, have always praised not just his artistry, but his humanity, as well.

That’s not by accident; it’s very much by design. It’s the result of a man giving himself over in gratitude and service to something bigger than himself. “I’m grateful to music,” he says. “I have a life that feels deeply good, but when I started playing music, nothing in my life felt that good. I started to write songs because I wanted to find a way to make my life feel as good as I felt when I heard a great song. I don’t think I’d be alive now if it had not been for music.”

An early ’80s move to Warren Wilson College in North Carolina set his wheels in motion, as he started playing guitar and writing songs, processing his own inner workings and accessing his own inner wisdom. In 1987, within a couple of years of graduating, Wilcox had released his first independent album, The Nightshift Watchman. A year later, he won the prestigious Kerrville Folk Festival New Folk Award and, in 1989, he signed with A&M Records, selling more than 100,000 copies of his A&M debut, How Did You Find Me Here.

In the 30 years and more than 20 records since — whether with a major label, an indie company, or his own imprint — Wilcox has continued to hone his craft, pairing thoughtful insights with his warm baritone, open tunings, and deft technique. He’s also kept up a brisk and thorough tour itinerary, performing 80 to 100 shows a year throughout the U.S., and regularly deploying his talents by improvising a “Musical Medicine” song for an audience member in need. In recent years he’s taken that process a step further, carefully writing and recording dozens of his “Custom Songs” for long-time fans who seek his help in commemorating and explaining the key milestones in their lives.

Lest anyone think that he’s lost his touch, Wilcox pulled no punches on his most recent release, 2018’s The View From the Edge. Not only does the song cycle find him delving into mental health, family legacies, spiritual contemplations, and topical concerns, the song “We Make the Way By Walking” also won him the Grand Prize in the 2018 USA Songwriting Contest.

“I think the coolest thing about this kind of music is that, if you listen to a night’s worth of music, you should know that person,” he explains. “If you’re hearing a performer sing all these songs, you should know not only where he gets his joy and what he loves, but you should know what pisses him off and what frightens him and what runs him off the rails, what takes him apart and what puts him back together.”

To attain that level of revelatory honesty, Wilcox follows a song to its deepest truth, even when it haunts him, a practice that demands the strength of vulnerability that he has sought since his teen years. That honesty is why Rolling Stone has written that his “ongoing musical journey is compelling and richly deserving of a listen.” It’s also why Blue Ridge Public Radio has noted that “The connection people feel with David’s music is also the connection they feel with each other.”

But Wilcox’s unique brand of storytelling doesn’t come easily. And it doesn’t come quickly. “I could always think of a lot of possible ways the song could go, but the trick was recognizing truth amidst all the cleverness,” he confesses. “The more time I took, the more my deep heart could speak to me through the process of songwriting. I could gradually craft a song that felt like it was coming from the place I was going. If you decide to trust heart over cleverness, you not only get a song that moves you, you get a song that moves you toward being who you want to be. The time you spend immersed in the emotion of a song changes you. The song shows you the world through a particular point of view. Once you have seen the world that way, you can’t un-see it.”

Peter Wilson has toured and performed since 1978 in coffeehouses, colleges, trains, and nightclubs across the US and Canada. He’s appeared at the Speakeasy in Greenwich Village, Great American Music Hall in San Francisco and the Backstage in Seattle. He’s recorded songs for Fast Folk Music Magazine. A regular performer at the Palms Playhouse in Davis, California, Wilson has opened for Robert Cray, Etta James, David Lindley, Maria Muldaur, and Mose Allison as well as for folk acts like John McCutchen, Tom Paxton, Jesse Winchester, and Jerry Jeff Walker.

He’s a member of the Deadbeats – a long-running tip-of-the-hat to the music and songs of the Grateful Dead. 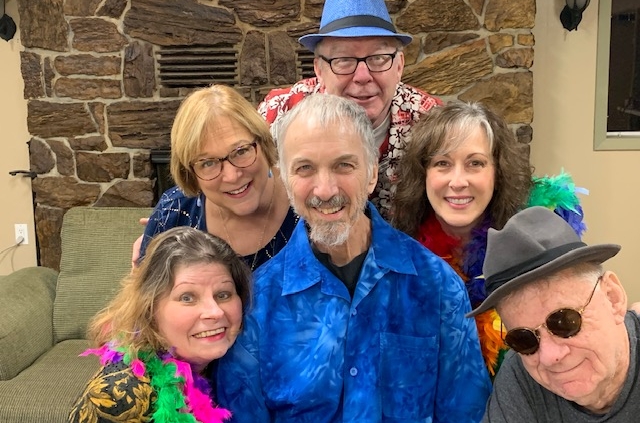 A tribute to Janis Joplin and a musical review featuring music from the 60s and 70s.

LeGacy Presents kicks off its 13th season of main stage productions at the Nevada Theatre with its 6th annual celebration of what would have been the late, great rock/blues queen Janis Joplin’s 77th birthday!! Sue LeGate Halford is backed up by a top-notch rock band consisting of Dave Halford, Claire Turner, Paul Turner & John Basa. Special guest vocalist Kim Wellman rounds out the rocking group!!

Music ranging from the 60’s to the current day (The Beatles, Sonny and Cher, Mitch Ryder and the Detroit Wheels, The Coasters, Jefferson Airplane, Melanie, Tina Turner, Chris Isaak, The Moody Blues and many many more!) A true extravaganza of rock and roll through the ages!

Tickets for ‘Happy Birthday Janis’ are only $20 in advance, with special reserved seating available online or by calling box office only)

General admission available online, at Harmony Books, The BookSeller, or by calling (530) 268-5419 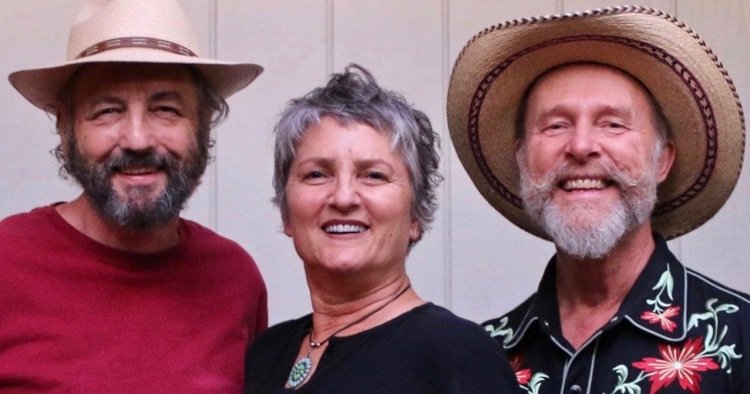 String and percussion wizard Joe Craven, singer and strummer Tracy Walton and guitar-tickling wordsmith Bill Edwards are back together. The dynamic trio that was Way Out West from 1985-1992 will be making   rare appearance at the historic Nevada Theatre on Saturday, February 1.

Way Old West is a highly original Americana roots music trio that was born out of a multi-culti mashup up of re-imagined covers, sparkling originals, thrift stored fashion-insulted presentation along with bargain bin humor. A popular attraction from the 1980s and 90s they have now (under a self-perception of extreme pressure from the general public and inspiration from Frank Sinatra) dusted off their now tighter-fitting WOW wardrobe to make a rare appearance of shows for 2020. They were a popular attraction in Nevada City / Grass Valley and, miraculously, will be returning through the good graces, if not compassionate allowance, of Paul Emery.

Take a trip down memory lane or experience them, at your own risk, for the first time. Chances are very good that you and your friends will enjoy yourselves immensely. 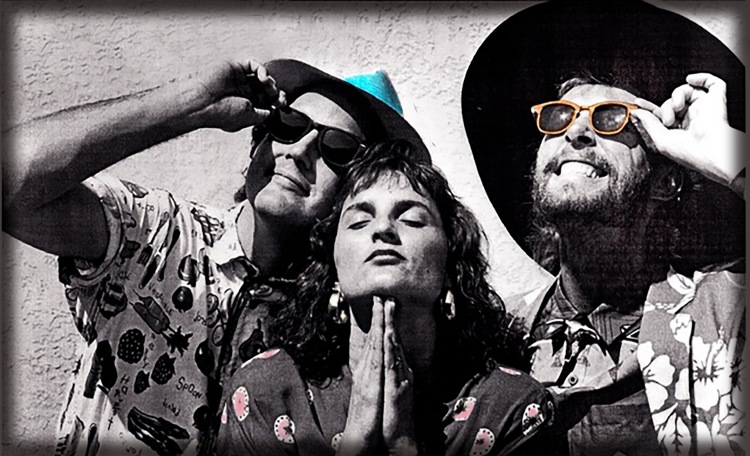 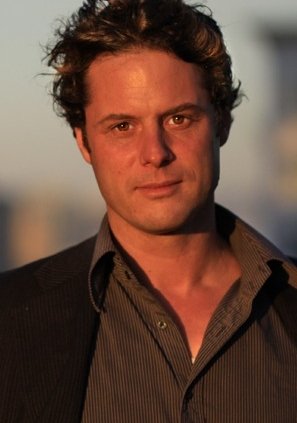 This is Mark’s fifth year performing as part of Nevada City Live!

Mark Growden is a singer, writer, multi-instrumentalist, composer, record producer, visual artist, workshop leader, and the founder and artistic director of The Calling All Choir. He was raised in a small mountain community in Northeast California where he spent lots of time alone in nature; this is reflected in his earthy, soulful and poetic work.

Growden has released several critically acclaimed albums, including Saint Judas, which was awarded “2010 Rekkid of the Year” by music blog Stash Dauber and ranked in the 2010 Village Voice Critics Poll.

Growden has toured the US extensively, performing at venues such as The Fillmore, Cowell Theater, and Great American Music Hall in San Francisco; Snug Harbor in New Orleans; and The Knitting Factory and Tonic in New York.

Growden’s one-man show Spare the Rod – directed and co-written by Remy Charlip – played to sold-out audiences at Dancer’s Group/Footworks in San Francisco. Mark has composed original musical scores for a number of Dance and Theater companies, including Joe Goode Performance Group and Alonzo King’s Lines Contemporary Ballet, with whom he and his collaborators won the Isadora Duncan Award for Best Original Score for a New Dance Piece.

He has scored several films, including Blood Tea and Red String, which won Best Animation at both the San Francisco Independent Film Festival and the Fantasia Film Festival in Montreal.

Mark has devoted his life to making music for other people, and to help other people make music for themselves. He leads community sings and singing workshops across the country.