EVIL DEAD 2 + Deadite Costume Contest (at the Nevada Theatre). As our grand finale, we are screening Sam Raimi’s divinely insane cult classic, Evil Dead 2, on the night before Halloween. Don’t forget to dress up as a Deadite, or your favorite Evil Dead character! Those in costume have a chance to win an assortment of groovy prizes! (PLEASE NO COSTUMES INVOLVING GUNS OR PROP GUNS)
Tickets https://theonyxtheatre.com 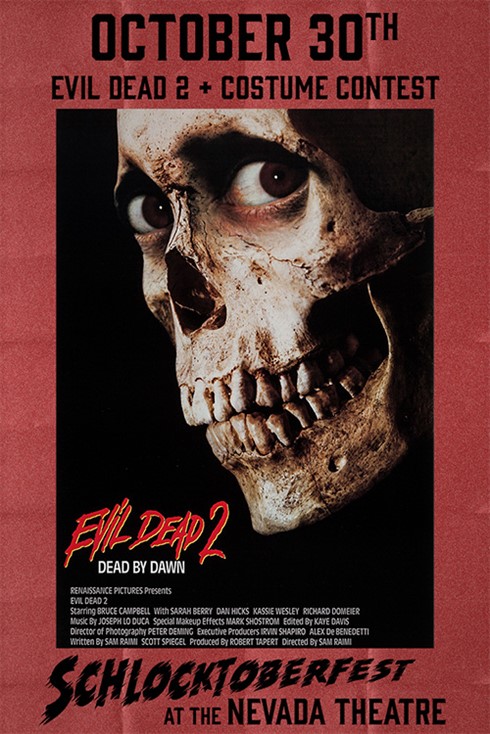 What is a Deadite?

Deadites are a species of parasitic demons that seek to possess the bodies of mortals and feast on the souls of living creatures. The primary antagonists of the Evil Dead franchise, Deadites first appeared in the 1981 film The Evil Dead.

Learn More >
An excellent example of the physical transformation caused by Deadite possession: