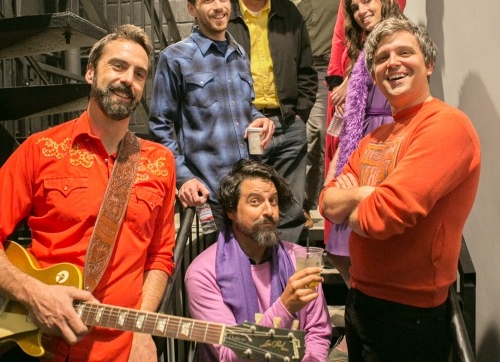 Since late 2001, Golden Shoulders has been an ongoing musical concern. Proudly based out of Nevada City, California, they’ve had a constantly changing, growing, shrinking lineup of musicians performing songs written by bandleader/mascot Adam Kline. They’ve embarked on many United States tours, playing with a reduced lineup of either two or three people (however many can comfortably fit in Adam’s car), while playing larger shows with a whole mess of musicians onstage when closer to home.