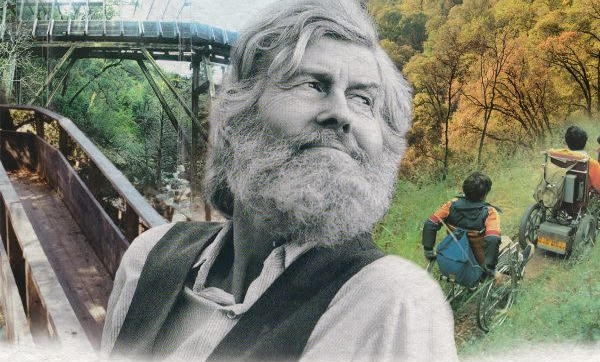 How naturalist John Olmsted inspired a community and turned an abandoned mining ditch in California’s Gold Country into the first wheelchair nature trail in the United States.

John Olmsted was a California naturalist, interested in a cross California nature trail that would both educate and display California’s unique ecological zones. On one of these hikes across California he came upon the abandoned Excelsior Mining ditch seven miles from the town of Nevada City, California, and decided to purchase the land.  He embarked on a multi-year challenge of repurposing the mining ditch as a nature trail in the wilderness, one that could specifically accommodate wheelchairs and people of all skill levels.

Following the Jones Fire in August 2020, the wooden flumes that form the Independence Trail were burned to near complete destruction and Bear Yuba Land Trust is working with California State Parks to rebuild the locally cherished trail.

“A Wild Independence” is told by Alden Olmsted, youngest son of John Olmsted, through amazing archival film footage, as well as by the very people who toiled and sweated right beside John and who share his vision, and who are committed anew to rebuild this one of a kind gem.

About the Independence Trail

The Independence Trail follows the route of the historic Excelsior Ditch. Started in 1855, the Excelsior Ditch was constructed by the Excelsior Canal Company serving as a water transport ditch for mining, and later irrigation, covering 35 miles and terminating at the South Yuba River. The ditch operated until it was abandoned in 1961. A portion of the ditch on land under the jurisdiction of the Bureau of Land Management was found eligible for listing in the National Register of Historic Places in 1982. California State Parks and Bear Yuba Land Trust own the length of the Excelsior Ditch between Highway 49 to approximately 2 miles to the west and 2 miles to the east. The Independence Trail was developed by John Olmsted and his nonprofit Sequoya Challenge as a nature trail for wheelchair access during the 1970’s, including three miles of the Excelsior Ditch. Remnants of the ditch are still evident along the trail in the form of dirt line ditches, reconstructed wooden flumes and bridges, and rock walls. Most of the wooden flumes were rebuilt in the 1970s-80s and again after they burned during the 1988 “49er Fire”. In 2012, Bear Yuba Land Trust was entrusted with ownership of the 207-acre Sequoya Challenge Preserve in the South Yuba River canyon which consists of seven separate parcels interspersed with California State Parks land along both the east and west portions of the Independence Trail bisected by Highway 49. Ultimately, Bear Yuba Land Trust plans to transfer the parcels to State Parks to become part of the South Yuba River State Park. 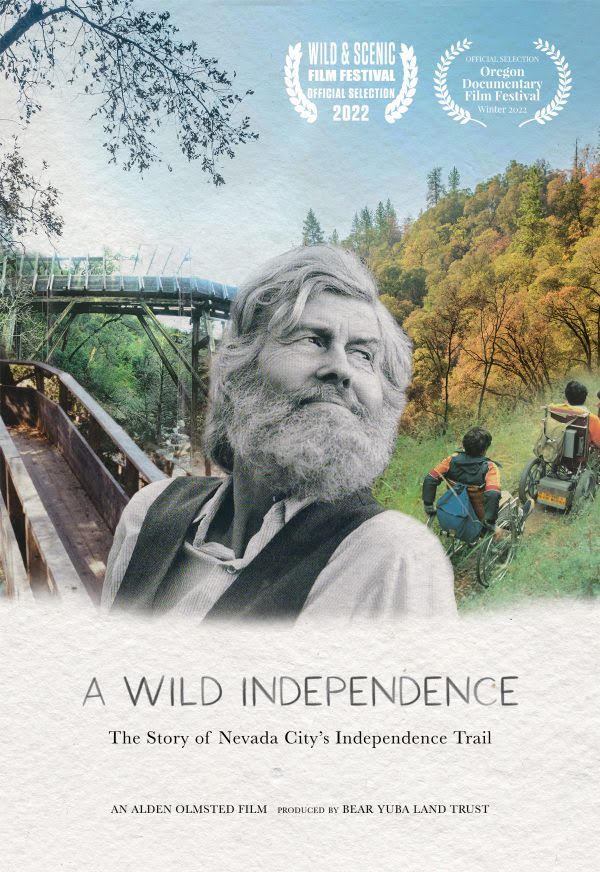