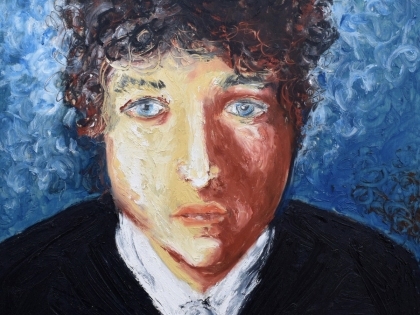 Thursday, January 26, 7 pm
A benefit for The Young Center for Immigrant Children’s Rights

Back in 2019, a year before the pandemic started, singer/songwriter Robert Heirendt got an inspiration to put together a tribute album to Bob Dylan’s 1970 album, “Self Portrait,” an album of mostly covers which was much maligned when it was first released. Robert invited some of his musical friends to contribute tracks taken from the Self Portrait recording sessions. The resulting album included 17 songs and was released on 6/8/20, the exact 50th anniversary of Dylan’s original release. It is not a track-by-track cover album, but rather a compilation of original versions of tunes that were recorded by Dylan during these sessions. It’s practically a cover album of a cover album.

So now, 2 1/2 years after the release of the album, Robert and many of his musical friends who contributed to the album will be presenting a CD release concert/celebration. This special concert will be a benefit for the Young Center for Immigrant Children’s Rights, a non-profit organization that works for the best interests of children who arrive in the United States on their own, from all corners of the world. All of the artists are generously donating their talents to this cause.Performers include:
Anton Barbeau & Julia VBH
Boston Ravine (Reunion)
Flounder
Juliet Gobert & Homer Wills
Mark Growden
Robert Heirendt
The Moore Brothers
Michael Roe
Tumble