September 25 @ 7 PM
A co-presentation with Nevada City Film Festival, Join us while we celebrate Silent Film Day with the 4K restoration of Buster Keaton’s THE GENERAL, with a score conducted and composed by Carl Davis, and his short, ONE WEEK. Many critics consider The General to be the last great comedy of the silent era, and it consistently ranks as one of the greatest comedies of all time on international critics’ polls. Set during the Civil War and based on a true incident, the film is also an authentic-looking period piece, bringing the scope and realism of Matthew Brady-like images to brilliant life. The title refers not to Keaton’s character, but to his engine, The General, which figures prominently in one of the most harrowing and hilarious chase scenes ever filmed. Keaton portrays the engineer Johnnie Gray, who is rejected by the Confederate Army and then suffers the further humiliation of his girlfriend (Marion Mack), thinking him a coward. When a small band of Union soldiers penetrate far beyond Confederate lines to steal his locomotive, Johnnie Gray sets off in hot pursuit; seven of the film’s eight reels (are) devoted to the chase, with its orchestration of thrills and comedy. Keaton shot the film on the narrow railways of Oregon and used less than 50 titles to explain the whole story. 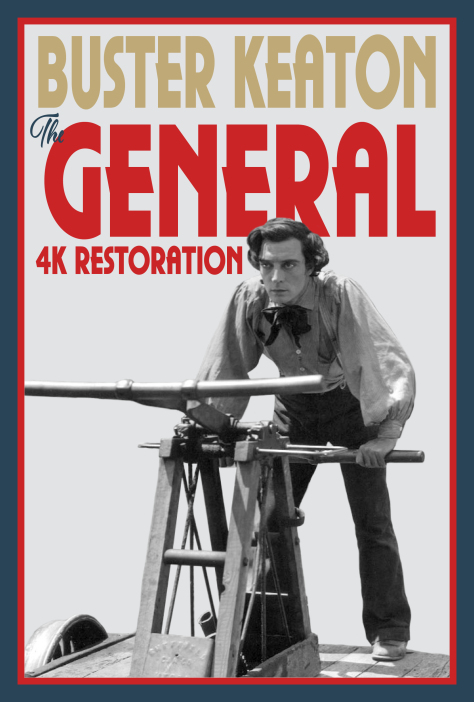